In this post, I am going to write about Flutter based on my opinions. Please don’t hesitate to comment if you want to discuss, support or contradict any of the mentioned points 🙂

“Flutter is Google’s portable UI toolkit for crafting beautiful, natively compiled applications for mobile, web, and desktop from a single codebase. Flutter works with existing code, is used by developers and organizations around the world, and is free and open source.” (from official Flutter website)

In the mobile development perspective, Flutter is a cross-platform mobile application development framework that is developed by Google and supports building apps for IOS and Android operating systems from a single codebase with native-like performance.

I was always against developing apps with cross-platform tools however they are good options in terms of required resources such as they require less development time, less budget, less effort to maintain/support, etc. But for me, these factors are not much important somehow. Which things I didn’t like and made me avoid learning/developing cross-platform are:

Dart is a client-optimized programming language for fast apps on multiple platforms. It is developed by Google and is used to build mobile, desktop, backend and web applications. Dart is an object-oriented, class defined, garbage-collected language using a C-style syntax that transcompiles optionally into JavaScript. (wikipedia)

Dart code is capable of being compiled into machine code. For mobile application development, Flutter uses this type of compilation which is Ahead-of-time compilation. This is the reason which makes Flutter distinguish from other cross-platform app development frameworks and lets an app developed in Flutter have native-like performance.

Things I liked about Flutter development

The reason I wrote this blogpost is that Flutter caught my attention and I decided to give it a try. So I cloned the main page of the simple news application which is in the Play Store. Then I started to love Flutter because while the development process I easily found all the widgets that I needed to make the clone app look similar as much as possible to the original app. In the end, the result impressed me so much and I was convinced to learn more about flutter development.

I would also recommend you to give it a try. Especially, if you need to have MVP for your project then go for it. You will benefit from the advantages of cross-platform development such as faster development, less time to test, less effort to bugfix and maintenance and advantages of flutter such as native-like performance, great UI.

There is also one more thing I want to mention that, apps for Google’s Fuchsia OS are written in Flutter. I am not going to write about Fuchsia OS here, but briefly, it is assumed that Fuchsia OS can be Google’s next mobile OS or maybe replacement to Android OS (depending on the result of the problem between Google and Oracle). But it is hard to say how probable is that to happen. Anyway… The reason I mentioned this issue is to show you that – assuming that happened, then it is gonna be really valuable if you already know and have experience with Flutter. 🙂

Helpful resources which I think are worth to check: 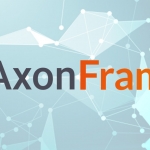 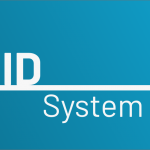