During the development, we use objects and we are always confused which approach is the best. That was the main reason why I decided to write a blog about it, so I really hope in near future most of your obstacles will be resolved and you will be more confident in choosing which is the best approach.

In this blog, I will explain some of the object features and I will make some comparisons, so let’s start!

We all know what is a switch – case statement and we used them at least one time in our life, no matter which programming language. But since we are talking about JavaScript, have you ever asked yourself if it is clever to use it?

According to these problems, the best solution is objects. The reason for that is the advantages that objects are offering us, like:

Let’s see an example with objects how they look like:

hasOwnProperty() – method which returns Boolean or true only if the object contains that property as its own property.

in – operator which returns Boolean or true only if the object contains that property as its own property or in its prototype chain.

There are two ways: dot notation and bracket notation. Most of the developers often ask themselves which approach they should use or maybe if there is any difference? In the end, they use one of them wherein most of the cases both solutions work fine without knowing why and without paying attention to its differences. Let’s make an overview.

These both will give the same result because both support `$` in their name, but what happens if we use another special character like `%`?

In the next blog, I will cover loops optimization using the object properties and testing code speed. 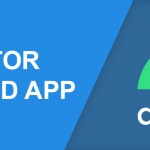 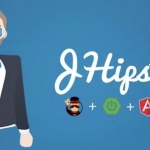 JHipster, is it worth it?
Scroll to top