What are microservices and what are monoliths?

The task that microservices perform is quite simple: The mapping of software in modules. Now the statement could be made that classes, packages etc. also fulfill the same task. That’s right, but the main difference lies in deployment. It is possible to deploy a microservice without “touching” the other microservices.

Classic monoliths, on the other hand, force deployment of the entire “project”.

1. Imagine that you are working on a project that contains thousands or even tens of thousands of lines of code. With each new function, the lines of code grow. Every DEV loses the overview here. Some a little earlier, the other a little later. Ultimately, it is impossible to keep track.
In addition, with each new feature, strange things are created elsewhere. This makes it very difficult to locate bugs and robs any developer of the last nerve.
Unlike monoliths, microservices are defined in small modules. Each microservice serves a specific task. Thus, the manageability is granted a lot easier.

2. The data for monoliths are located in a pool, to which each submodule can access via the interface. If you make a change to the data structure, you have to adapt each submodule, otherwise you have to expect errors.
Microservices are responsible for their own data, and the structure is absolutely irrelevant. Each service can define its structure. Changes to the structure also have no impact on other services, which saves a lot of time and, above all, prevents errors.

4. Another disadvantage arises with an update. All monoliths are overinstalled, which costs an enormous amount of time.
For the microsevices, only the services where changes have been made are installed. This saves time and nerves.

5. Detecting errors in the monolithic approach can take a long time for large projects.
Microservices, on the other hand, are “small” and greatly simplify troubleshooting.

The microservice approach divides a big task into small subtasks. This method greatly simplifies the work for developers because on the one hand the overview is easy to keep in contrast to the monolithic approach and on the other hand the microservices are independent of the other microservices. 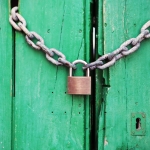 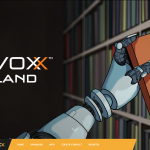 My humble expectations on Devoxx Poland 2019
Scroll to top