Node-RED is a flow-oriented tool to wire together hardware devices, APIs and online services. It is mainly targeting the IoT market but can be used for a lot of other things as well. Because of its easy to use browser-based UI and drag and drop programming system, it’s really beginner-friendly with a steep learning curve.

Even though it was developed by IBM in 2013, it’s not really known to most of the IT community. At least none of my colleagues knew it. That’s worth for me to write this tool showcase. Enjoy reading!

Instead of just reading along, I encourage everybody to just start Node-RED and try it yourself. If docker is installed, this is just a matter of seconds. Use the following command to start a Node-RED instance locally:

That’s it. You are ready to go! Open your browser and go to localhost:1880 to access the Node-RED UI.

One of the simplest flows is the following one:

Drag an “http in”, “template” and “http out” node into the flow and connect them. After clicking the deploy button you can access localhost:1880/<whateverPathYouConfiguredInYourHttpInNode> to see whatever you’ve configured in your template node. Congratulations, you have just created your first Node-RED flow!

Of course, rendering static content on an endpoint is not the most exciting thing to do, but between the HTTP in and out nodes, you’re free to do whatever you want. Nodes to make HTTP calls to different URLs, reading and writing files and much more are provided by Node-RED by default.

The power of the community

Node-RED uses Node.js for its nodes (yes, the terminology “node” is overused in the Node-RED context 🙂 ). This has a big advantage, that new nodes can be added easily from the node package manager (npm). You can find these nodes by searching for “node-red-contrib” in the npm repository. An even simpler option is to install these nodes using the “Manage Palette” option in the UI. There you can install new nodes with a single click.

To test some Node-RED features, I tried to come up with a slightly more complicated example. I own some Philips Hue lamps and a LaMetric Time. After searching some nodes for these devices, I was really surprised that somebody already built some for these two devices (I was especially surprised about the support for the not so well-known LaMetric Time).

My use case was pretty straight forward. Turn on the lights when it gets dark and display a message on my LaMetric near my TV. At midnight, turn off the lights and display a different message. Additionally, I wanted some web endpoints that I could call to trigger both actions manually.

After only a few minutes, I had the following flow:

And it works! I found a node that sends an event as soon as the sun goes down at my particular location. Very cool. All the other nodes (integration for Philips Hue and LaMetric) can also easily be added with the “Manage Palette” option in the GUI. All in all, the implementation of my example use-case was pretty straight forward and required no programming know-how.

Even though there are almost 3000 community-contributed nodes available to use, you might have some hardware or API that does not (yet) have some pre-made nodes. In that case, you can implement your own nodes pretty easily. The only thing required is a text editor and some node.js know-how.

The Node-RED documentation provides a good guide on how to create custom nodes: https://nodered.org/docs/creating-nodes/first-node

It is highly recommended to push your custom nodes to the npm repository to be used by the community.

There are a whole lot more features that are not described in this blogpost.

Feel free to have a look yourself: 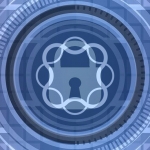 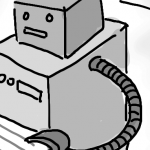