Amazing speakers, interesting topics, great venue and everything nice – this were the ingredients chosen to create the perfect conference – Vuejs Amsterdam.

Last month me and my coworkers were sent on a mission, to improve our knowledge, become better developers and expand our views. So we decided to visit the best known Vue conference in the world.

The only constant in the technology industry is change

So what better way to keep up with that change rather than visiting a conference where the best speakers are gathered with the latest updates and you get to be one of the first people to hear them?

Vuejs Amsterdam is an event which took place on 2nd and 3rd of June 2022. According to their website, these were the numbers for those 2 days:

The conference was held in Amsterdam theatre, in one of the most beautiful venues I’ve ever seen. One thing that I liked the most was that there was only one main stage, so we could listen to all the presentations, without having to choose from multiple presentations and multiple stages at the same time. The atmosphere in the venue was amazing. Everybody seemed like they had a great time, participating in interesting trivia games and quizzes and enjoying the wonderful food!

Also, I must say, visiting Amsterdam in such a nice weather was a big plus.

Here are some notes from my favourite speakers and topics:

Local state and server cache: How to balance them with vue-query – Natalia Tepluhina

Vue 2 to 3 migration – a real life experience – An Phan

I think that these kind of events are super important for learning new things, networking, getting inspired and keep up with the technology. On top of that, listening to the Vue core team members was definitely something that I will never forget! 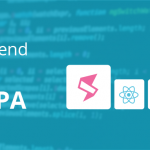 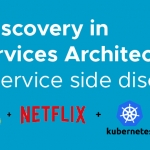 Service Discovery in a Microservices Architecture: Client vs Service side ...
Scroll to top