Services are one of the building blocks of Angular you will see in every Angular application. Their main purpose is to increase modularity and reusability or in other words to separate a component’s view-related logic from any other kind of processing. Usually, components are delegating various tasks to services like fetching data from a server, validating user input, logging, etc. By defining these kinds of tasks in injectable services, we are making them available to any component.

One service is just a TypeScript class that has @Injectable decorator attached. This decorator makes service available to Angular’s Dependency Injection (DI) mechanism which is built into the Angular framework.

When components like consumers reference one service, Angular DI provides an instance from that service.

Before we dive into provider scopes and ways of providing service in Angular, let’s define module injector (ModuleInjector) hierarchies.

On the image above we can notice the ModuleInjector hierarchy:

These module injectors are used from Angular Dependency Injection during creating instances of services.

Now it’s time to dive into provider scopes and how everything works in practice.

There are five provider scopes in Angular:

When the service is registered in providers array in one @NgModule, we say its service in the module.

There are two different scenarios to cover when one service is provided in Angular Module:

The component scope provider is the most specific and Angular starts searching for providers at the first from component and then goes up by hierarchy until it finds it or to the last Platform Module Injector.

Starting from Angular version 6 it is introduced the possibility to provide a service without registering in @NgModule or @Component, instead of that the providing info should be placed inside @Injectable decorator with providedIn: ‘root’ option.

With this kind of providing services, they are provided in Root Module Injector (typically called AppModule) and Angular DI creates a single, shared instance of the service and injects the same instance in every reference. Actually, the service acts like Singleton (Singleton pattern). This is valid if it is referenced in lazy and non-lazy modules too, they all receive the same instance.

The other benefit of this kind of registering is the tree-shaking option for optimizing the app bundle size, if it turns out that the service is not referenced anywhere, Angular DI does not register the service into the root injector at all.

Starting from Angular 9, one of the two new ways of providing services is providedIn: ‘platform’ option.

When one service is defined with providedIn: ‘platform’ it means that the service will be provided in Platform Module Injector and it acts like Singleton for all applications, also all lazy modules will use the instance from the platform.

This kind of provider looks similar to ‘root’, but the key difference is only when we are running multiple Angular applications in the same window. Every application that runs in the window will have a separate Root Module Injector, but they will both share the Platform Module Injector. In practice this means, we are sharing the services over the application boundaries.

This kind of providing services is the second newly added option starting from Angular version 9, the syntax is providedIn: ‘any’.

Providing a service like this means every service will be provided in every module where it is used. So one service can have more than one instance, depending on its usages. The rule here is that every lazy-loaded module will have its own instance, and all eagerly loaded modules will share one instance provided by the Root Module Injector.

When Angular finds one service referenced in some component, in order to create an instance or use one of the created ones Angular starts looking for a provider in the following order:

Component scope provider option mostly will be used in some edge cases for example when we have dynamically created tabs, all have the same component like root, but every tab should have its own state, then we added one service in providers list of the tab root component and for every tab, we will have a different instance.

Module scope provider option was the default option for providing services before Angular 6, nowadays it is also very much used when we want one instance per lazy-loaded module, but as we exposed previously starting from Angular 9 this can be achieved with providedIn: ‘any’ option.

providedIn: ‘root’ this option is the default option when we create a new injectable service in Angular and most of the time we will need tree-shakable singleton services within an application.

providedIn: ‘any’ this is a very helpful option if we want to make sure that one service is singleton within module boundaries.

providedIn: ‘platform’ this option will be mostly used when we want singleton service within several Angular applications which run in the same window. 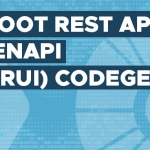 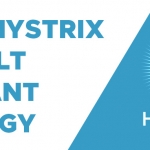 Using Hystrix as a fault-tolerant strategy
Scroll to top