With little doubts in the beginning, big uncertainty and the questions in my head “Is this the right conference?”, “Should I’ve chosen another conference?”… But it happened and I’m satisfied at the end of the day with my choice. Some of my colleagues were surprised of my choice (Berlin), but yes, I can definetly say “It was not a mistake”.

So how was it?

I’ve chosen to be with the walking tour group. There were possibilities to be in different groups like Bicycle group, Boat trip group… But this was my choice. We were split into two groups by 12 people and a local tour guide. We visited different spots, like the Memorial to the Murdered Jews of Europe, the popular Checkpoint Charlie, the Berlin French Cathedral, the Brandenburg Gate, etc…

The day finished in a big restaurant where we received our conference badges and promo materials of the conference. It was a very relaxed atmosphere and new chance to meet and introduce yourself to new developers. Some of the participants were professionally oriented and immediately started to talk about iOS topics. Some were on their way to the bar ordering german beers and the popular “wursts”. There also was a small group that played some kind of table tennis game. I’ve attended in all of these social activities.

After the opening words and the short introduction, the conference officially started. The first day consisted of 9 presentations. The strongest impression of the day was the presentation of Ellie Shin about Mock Generator for Swift and how they at Uber solved the problem of mocking. They optimized the app to build the mocks in around 10 seconds instead of the previous time needed; it was more than 1 hour.

One of the best presentations of the day was from the lovely Julietta Yaunches. She talked about consistency principles in programming, how to keep the coding style consistent and not make big changes every day, how to decide when to introduce something new in your code, etc.

It were good presentations from Kristina Fox about Internationalization of the iOS applications, and the opening presentation from Kaya Tomas about Accessibility and Inclusion in the apps. A topic I wasn’t aware before this conference.

I also have to mention the presentation of Glenna Buford about how to organize the network stack of your iOS application.

The day finished with a social event named Ambassador’s dinner. The local participants of the conference had the task to show the other participants (foreigners, including me) the typical restaurants and bars in Berlin. I was in a group that visited Hofbrau Munich Restaurant in Berlin. We had some good discussions with colleagues from all over the World. Throughout the evening we enojyed some tasty good german beer and pork meat.

The second day had 9 new presentations and 9 new speakers.

The best of the day in my opinion was the presentation of Kate Castellano. She talked about applications with backend driven UI.

Among the better presentations was of Neha Kulkarni about Advanced Colors in Swift.

I will also mention Erica Sadun. She talked about Swift Strings. In her presentation she showed best practices about using strings in Swift, interpolation of strings, etc.

Also there was a choice to visit 2 workshops on MyTaxi boat stage near the conference hall. I visited this stage and it was about the management process, recruiting and organizing the teams in MyTaxi company. The 2nd presentation was about Tips and Tricks they are using for testing their apps.

The day finished with a big party in a local restaurant near the river Spree. It was another good party. A lot of talks with colleagues, a lot of drinks, good atmosphere. All finished at 1:00 am.

I can freely say it was a good conference, perfectly organized… I didn’t regret in any moment that I’ve chosen this one in a bunch of other conferences. First of all, I’ve learned a lot of new things, I’ve heard about topics I wasn’t aware before, I saw how it would be to talk infront of 500 people.

I’m not sure what was the intention of the organizers to have only women speakers. 18 speakers – 18 women. It was not explained, but we cannot complain because the speakers dealt with the challenge perfectly.

Worth the money, worth spending my time at UIKonf in Berlin. I have a feeling I will visit it for sure again in the future. 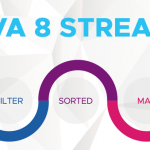 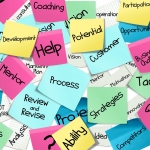