The microservices communicate with each other in order to fulfil their needs. As usually, when you need it the most, an instance of one of the microservices can go down or have delay in response, what we usually call unreachable service. The chances of failure need to be taken into consideration and to be handled in an appropriate way.

Why taking care of latency is important in the microservice architecture?

Increased latency one can face is when one of the microservices is:

In this type of scenario, the solution for this is the strategy of fault-tolerance.

So, how does Hystrix actually work?

The external requests to the service of microservice Five are wrapped in HystrixCommand which defines the behaviour of the requests. The behaviour is defined as the available number of threads that can handle the requests. In our example, the service in microservice Five can be defined as ten available threads for handling external requests. By wrapping the service in HystrixCommand, we are limiting the number of requests which service is supposed to get.

By default, Hystrix uses ten threads. If there are more concurrent threads than the default value, the rest of the requests are rejected – redirected to the fallback method.

Add the @HystrixCommand annotation to the main class

The next step is to define the fallback method for HystrixCommand:

This is just a simple example of how the library can be used.

In order to improvise a timeout, Thread.sleep(4000) is set in milliseconds and the timeout for response is set to 2000 milliseconds as a HystrixProperty in HystrixCommand annotation, after which the call should end up in the fallback method.

Now we can test the implementation by executing the following request:

If we want to change the default thread pool size of HystrixCommand, we can add the following thread pool properties:

The fallback method is called when some fault occurs.
An important thing to notice here is that the signature of the fallback method should be the same as the method on which HystrixCommand annotation is defined.

Moving away from monolithic architecture to microservices is usually coming with quite some challenges.
In this blog post, we took a look at one of them, but we just scratched the surface.
As more challenges are coming in the pipeline, stay tuned and hope to see you in one of the next posts. 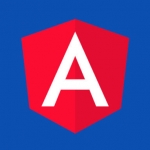 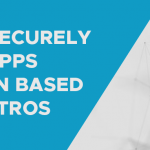